Anxiety: Out of the Blue 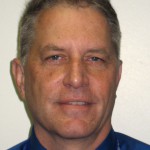 It’s 1:30 in the morning, and out of the blue, you wake up feeling nauseous and sweaty. Your heart is racing. You feel as if an elephant is sitting on your chest. You’re thinking this is it; I’m having a heart attack. You wake your family up, telling them you need to go to the emergency room. After an examination, the doctor comes back with some “good news.” You’re healthy, and only experiencing a panic attack. Phew, just a panic attack...wait, what does that mean?

Researchers estimate about 10 percent of the US population has experienced a panic attack. Considered a very frightening event, panic attacks often include breathing difficulties, a feeling of loss of control, and chest pains. There’s no trigger for the attack—unlike a phobia, which is an intense fear of something specific, such as spiders, elevators or heights. Panic attacks affect twice as many American women as men and symptoms often develop in late teens or early adulthood. Most people experience only an occasional attack, but when an individual starts feeling anxious about having another panic attack, or starts avoiding certain situations believed to produce anxiety, this might escalate to what is called a panic disorder.

Some researchers are finding genetic links to panic disorders in families. For instance, if a twin has the disorder, chances are good the other twin will experience the same condition. Another theory suggests that some individuals have reached a ‘critical’ level for stress, so the next minor stressor will push them over the edge, and they’ll experience a full-blown panic attack. Finally, it is always a good idea to get evaluated for any medical conditions, such as thyroid condition, or diabetes, which could easily masquerade as depression, anxiety or even mood swings.

So what’s the cure? Is there one?  Yes—therapy can be an effective way to treat this condition by looking at the thinking patterns and irrational beliefs that might cause a person to feel anxious. Exposure therapy, introducing the fear in small stages, in a safe environment can also be very effective. Medications such as antidepressants can also help treat both depression and anxiety. Finally, Benzodiazepines, such as Klonopin, offer another very effective method of  treating anxiety, but can also become addictive. Panic attacks can greatly impact a person’s life, but with a customized treatment plan the condition can improve significantly.