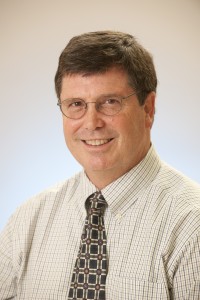 Dr. Robinson is board certified in Pediatrics and Adolescent Medicine, which he loves. He is a graduate of Vanderbilt University School of Medicine and completed his residency in Pediatrics and his fellowship in Adolescent Medicine at Vanderbilt University Affiliated Hospitals. After seven years of private practice in Jacksonville, Florida, Dr. Robinson worked at the University of Missouri School of Medicine for 14 years, culminating in the role of Director of Pediatric Residency Training. He joined the Tallahassee Memorial Family Medicine Residency faculty in January 2011.

Pediatricians and family physicians are often called about children with fevers.  In fact, some sources maintain that 30 percent of children’s visits to doctors are regarding fever.  Many of us were taught to be very concerned about fevers.  We have been told that fever can injure the brain, and, therefore, it should be lowered at almost any cost.  What is this condition that causes so much fear in many of our hearts?  Does it really harm the brain?    What should we do when one of our children develops a fever?

First, fever is the body’s natural response to many illnesses, including infections.  When the body is faced with infection, chemical signals released by viruses, bacteria, or our own immune system (called pyrogens) trigger the body to raise its temperature.  This well-designed weapon then engages to fight the infection.  Fever itself is not dangerous. In fact, the body actually has safety mechanisms to keep fever from injuring the brain.  And past studies have found that children allowed to run fever during an illness can improve more quickly than those whose fever was treated!  Therefore, we should think of fever as normal and not be too fearful of it.

Second, there is no relationship between level of fever and severity of illness.  Moreover the same is true of the fever’s response or non-response to fever-lowering drugs.  Therefore, we should look at fever simply as a signal that our child is ill.  Our attention should then turn to how our child is acting.  For example, a child with a 104 degree Fahrenheit temperature who is walking around, talking, drinking, and, yes, complaining, is not of too much concern.  A child with a 101 degree temperature who is lying in bed, acting “out of it”, crying when moved, and not making eye contact is a concern!  Thankfully, the rate of serious bacterial infections has plummeted in the last 20 years, largely due to modern day vaccinations.  This means that, unlike in 1800, for example,  most instances of fever t are now caused by viruses or infections that are less dangerous than in years gone by.

What should you do if your child has a fever?  In healthy children  three months of age and olderit is safe to use fever-lowering medicines.  However, there is no need to check the child’s temperature every hour (twice a day is plenty), and please do not give lukewarm baths or alcohol baths.  These make the child uncomfortable and can even be dangerous.  Also, don’t alternate acetaminophen and ibuprophen. There have been a few instances of kidney failure when this is done, and the American Academy of Pediatrics frowns on the practice.  Remember, the medicine is mostly to make your child more comfortable.   Dress your child comfortably, and don’t bundle him or her up too much.  Finally, two out of 100 children with fever will develop a febrile seizure caused by fever.  Unfortunately, studies have shown conclusively that these cannot be prevented with strict fever control.  But the good news is they are almost never dangerous and do not signal the onset of a seizure disorder.

When is fever a worry?

2. If your child has not been immunized or is behind on immunizations, he is at higher risk because he has less protection from more dangerous germs.

3.  If your child has a chronic medical condition be sure you know what the specialist recommends.  For example, we recommend that children with sickle cell anemia be seen immediately for fever, because, like newborns, their immune system does not work as well as it should.

4.  Of course, anyone with fever of any level who also looks very ill and does not perk up when fever is lowered needs to be seen.  Or, if fever persists for more than a couple of days, it is reasonable to have your child seen and evaluated.